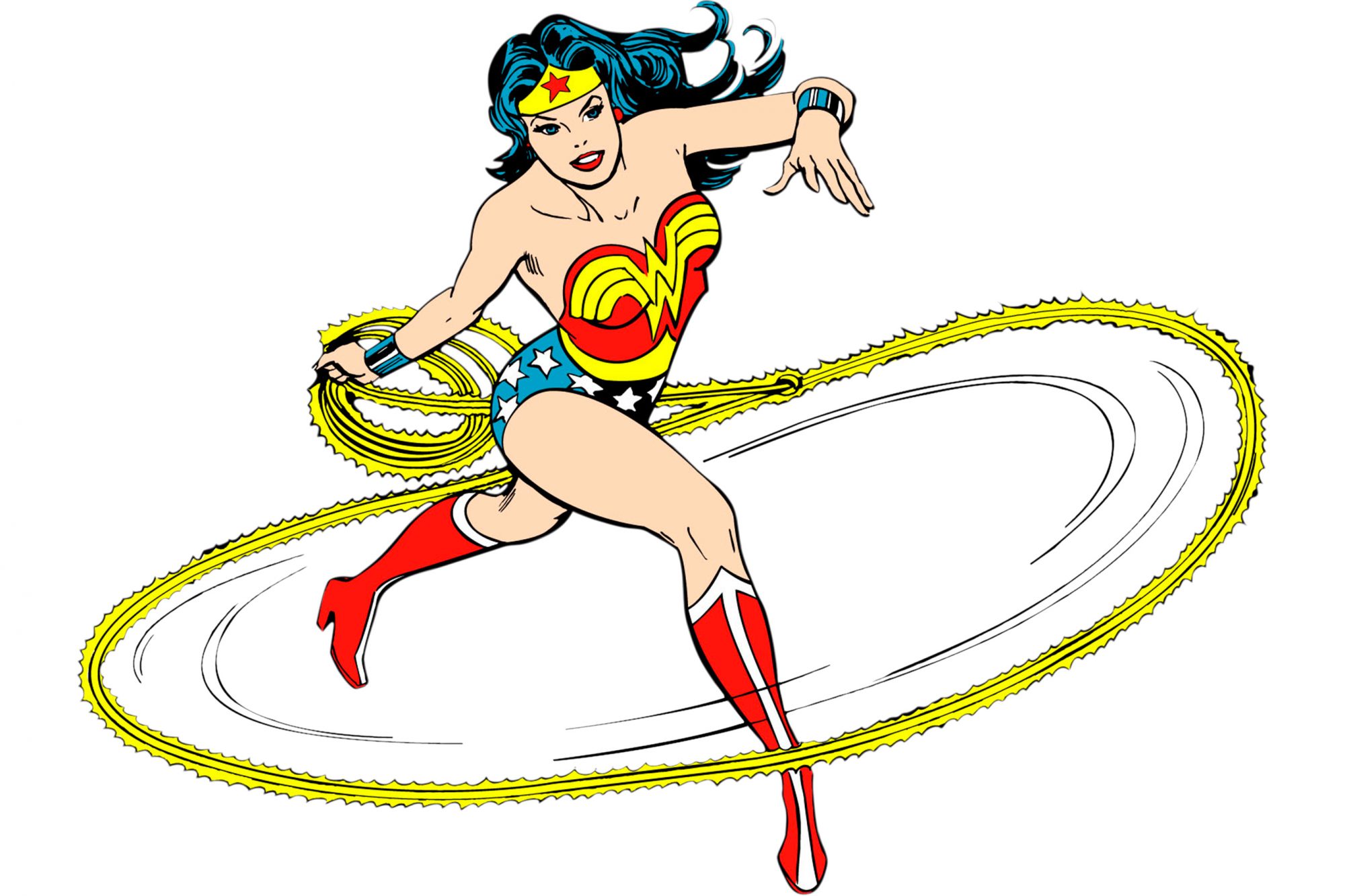 “What’s this?” I asked my mom, my eyes riveted to the TV screen. A beauty queen wrapped in an American flag tossed a rope around two criminals who seemingly had tried to kill her boyfriend.

“That’s Wonder Woman.” Her nonchalant answer made it clear she’d completely missed the fact that my world had just exploded. At three years old, the scene permanently etched into my mind. Its vivid imagery awakened something meaningful within me. My mom explained that the lasso was magical and compelled people to tell the truth.

“Where can I get one?” I needed to know.

“But if it were real, where could I get one?”

We had this conversation a hundred times. I was sure she was holding out on me. I couldn’t tell you why this particular power fascinated me. Perhaps it had something to do with the discomfort I felt when the adults around me acted overly polite at the expense of honesty.

Even as an adult, though I pride myself on my skill at diplomacy, I still bristle at emotional dishonesty. It is possible to be kind and honest at the same time.

Ultimately, it was my grandmother Billie who gave in and showed me where to find my very own magic lasso. It turned out that at Ace Hardware, for fifteen cents a yard, you could buy one, a bright yellow twisted cord that seemed to glow in daylight. Then began the negotiation about the lasso’s length.

Much to my disappointment, the kindly man who assisted us said he didn’t have enough quarter-inch rope to reach to the moon. He seemed to think it was unlikely that I could throw it that far anyway. (Something about gravity and physics.)

My patiently amused grandmother believed encircling the building was also unnecessary. We settled on one hundred feet, which was still impossible for my preschool-age body to wield, so I cut it into shorter pieces that would coil comfortably at my waist.

As the Fates would have it, my friend’s dad was a rodeo cowboy named Marty Martins. After a few lessons, Marty had taught me how to fully articulate my wrist and hold my elbow still while throwing a lasso.

I experimented with several knots, preferring a variation on the traditional cowboy hondo that Marty showed me. I also tried different approaches to secure the ends of the rope to prevent them from unraveling. I knotted them, spliced them, and finally melted them with a cigarette lighter, securely fusing the polypropylene fibers.

Over the years and with incalculable hours of practice, I became reasonably skilled with that particular length of rope. It became an extension of myself, its weight and length as familiar to me as those of my own arm.

By sixth grade, with a single-handed tug, I could tie knots in mid-air. I could lasso my running dog, Fagan. And occasionally, I left rope burns on my little sister. (Sorry, Savannah!) I loved that simple rope, but my magic lasso seemed to lack something—magic.

I don’t remember where or when I first learned about witchcraft and folk magic, but by the time I was eight, I had several books on spell-casting. I tried countless methods in my quest to endow the lasso with truth-inducement powers.

As directed by a Llewellyn spellbook, I wrote incantations, buried the rope in the garden under the light of the full moon, and carved runes into the dirt around it. Most importantly, perhaps, I made a pact with myself never to lie when I wrapped myself in it. (I made exceptions when role-playing in my imaginary world.) Sometimes I’d ask friends and family to hold the lasso and ask me questions that I answered honestly.

I don’t know that my lasso’s magic was ever evident to anyone else, but it was undeniable to me. I took that rope everywhere. When I was a kid, it was my equivalent of a security blanket.

By high school, it had been cut to about twelve feet and faded to dull brown, but hung coiled on the wall over my bed like a precious treasure. In college, I hid it in the storage space under my bed in my dorm room. Embarrassed by my geeky obsession, I only pulled it out when I was alone.

When I started going to underground raves in Los Angeles, I incorporated the lasso into my costumes as a belt or harness or armband. Strangely, other ravers often asked about it. They seemed to sense there was something special about it, this magical talisman that looked like nothing more than a length of old rope.

After my grandmother died, it served as a reminder of her and the closeness we shared.

The lasso also had practical applications—like moving mattresses, binding camping gear, or keeping hold of an anxious dog. One summer afternoon in my early thirties, after living in San Francisco for several years, I took a hike with some new friends as a pre-Burning Man bonding ritual. Naturally, I brought my magic lasso with me for this auspicious occasion.

In the shimmer of my magic mushroom-enhanced psyche, all my senses sharpened, and I became acutely aware of how much the lasso meant to me. I showed my friends what I could do with it, effortlessly twirling the loop around myself, cowboy-style, and whipping it around random tree branches on our path.

I shared the story of my grandmother’s gift and inwardly pondered how special this simple rope was to me, this treasure that had been present during every chapter of my life, threading together the pieces of my personal narrative. It was a fantastic day.

On our outing, one woman had brought her dog with her. He was not well-trained and kept running off. Recognizing the practical value of my lariat, I offered it to her to use as a leash for her wayward canine.

In the comics, Wonder Woman’s Magic Lasso always returns to her. That was not the case with me. I never saw the woman or my lasso again. A part of me went missing that day. I don’t even have to close my eyes to feel it coiled at my waist, a phantom limb that was severed long ago.